“India is one of the pioneers in the production of vaccines, before COVID and the World’s largest exporter of vaccines”, the Court noted in its order. 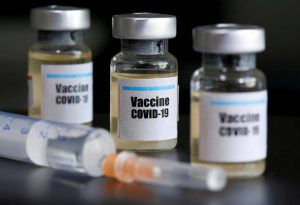 The Bench of Justices MS Ramesh and B Pugalendhi was dealing with a Public Interest Litigation (PIL) petition moved by one A Veronica Mary.

“India is one of the pioneers in the production of vaccine, before COVID and the World’s largest exporter of vaccines. Now, only two private Indian vaccine manufacturers are in the field of producing vaccines for COVID, namely, Serum Institute of India (SII) and Bharat Biotech,” the Court observed.

The Bench remarked that there were several public sector undertakings in the field of production of vaccines, including the HBL facility in Tamil Nadu. The manufacturing licences of four such units were cancelled for not adhering to the good manufacturing practise (GMP) standards, the Court was told.

All the same, one thing is clear i.e. “that at present, the Government is procuring COVID vaccines, namely, COVAXIN from Bharat Biotech and COVISHIELD from Serum Institute of India, which are private enterprises, meaning thereby, the vaccines manufacturing institutes owned by the Government are not at all utilized.”

The Bench proceeded to observe that, given the Indian population and the rates at which the two vaccines available presently in India – COVISHIELD and COVAXIN – are sold, “the Government has to spend large sums of money.”

In this backdrop, concern was raised over government-owned vaccine units not being put to use amid the pandemic.

“This Court is not finding fault with the Government’s action in procuring the vaccines from private enterprises or the deliberations with regard to the fixation of price, but, our anguish is that when the Government itself is having the vaccines manufacturing institutes, such institutes [dying public sector undertakings] may be revived and they may be put into effective use, so that the Government may be in a position to cover all the citizens, besides will not be in a position to bargain with the private institutes at this difficult time,” the Court said.

The petitioner informed the Court that the Integrated Vaccine Complex was established at HBL, Chengalpattu in 2012, in line with international standards, had a capacity to produce 585 million doses per year.

However, this facility is yet to be put to use to meet the needs of the COVID-19 pandemic, the court was informed. A Right to Information (RTI) application revealed that vaccine production at the said complex is under consideration by the Union Health Ministry, the petitioner said. However, no manufacturing activities have commenced yet, the Court was informed.

“Literally speaking, a complex, which is declared as Project of National Importance and established with an estimated cost of around Rs.594/- Crores, is lying idle for the past nine years, since 2012,” the Court noted.

Apart from seeking the revival of the Chengalpattu vaccine manufacturing unit for the production of COVID-19 vaccines, the petitioner also urged the Court for directions to commence oxygen production at the oxygen plants of the Bharat Heavy Electricals Ltd. (BHEL), Trichy.

The petitioner claimed that three oxygen plants situated in BHEL, Trichy had the potential to produce 140 metric cubes of oxygen per hour. However, they have been shut since 2003. The petitioner asserted that these can be revived to meet the oxygen demands of COVID-19 patients in the State.

In this regard, Member of Parliament, Tiruchi Siva had also addressed a letter on April 26, 2021 to the Union Minister of Heavy Industries & Public Enterprises Room, the Court was told.

The Bench proceeded to issue notice returnable by May 19, while posing the following queries for the concerned authorities to answer:

1. Whether Bharat Heavy Electricals Ltd. [BHEL], Trichy, is having the facility for oxygen production with three oxygen plants, having a capacity of 140 metric cube per hour, as claimed by the petitioner?

2. What are the steps taken by the Government of India pursuant to the letter said to be written by the Member of Parliament, Tiruchi Siva?

4. How many Government-owned Vaccines Manufacturing Institutes are available in India and the details thereof, including their date of commencement of operation, production capacity and the present status of such Institutes?

5. When was the Integrated Vaccines Complex [IVC], Chengalpattu established, what is the production capacity and the present status?

6. If the vaccine, COVAXIN, is developed by Bharat Biotech, with the assistance of the Indian Council for Medical Research [ICMR] – National Institute of Virology [NIV], why these vaccines are developed only at a private institute, instead of utilizing the services of the existing Government Vaccine Manufacturing Institutes?

7. The details as to the amount incurred by the Government of India for procuring the vaccines, including the COVID vaccine, per year, for the past five years?

8. When the Government of India is spending a huge amount for procuring the vaccines from private enterprises, what are the steps taken by the Government to revive the existing Vaccine Institutes owned by them?

An appeal to re-open the Chengalpettu vaccine manufacturing unit was also recently made by Senior Advocate P Wilson during hearings conducted by Chief Justice Sanjib Banerjee and Justice Senthilkumar Ramamoorthy in the suo motu case registered to monitor COVID-19 management in Tamil Nadu.

In response, Additional Solicitor General R Sankaranarayanan had orally submitted on Friday that tenders with respect to the same have been floated and that a decision may be taken by the following week.